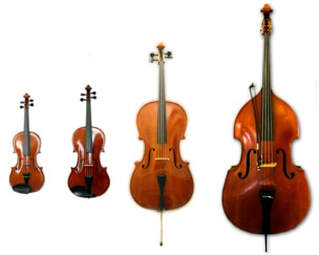 The YPAS Orchestra Department consists of four major performing groups. Also, selected students in the department often participate in the Pit Orchestra for school musicals. Students who are selected to be in the YPAS Philharmonia have the opportunity to grow and perform in one of the finest high school orchestras in the nation, as recognized by leaders in the field. In recent years, the Philharmonia has auditioned for and been invited to perform on numerous occasions at state, regional, and national music educator conferences. This stellar organization also has appeared on the nationally syndicated National Public Radio program From the Top, at the Midwest Clinic in Chicago, in the MidAmerica series in New York City’s legendary Carnegie Hall, and at the Music for All Orchestra America National Festival. As another indication of success, the string students in this department typically compose 20 to 25 percent of the Kentucky All-State Orchestra string section. The 25 to 35 string members of the Philharmonia usually perform at least seven times during the school year. The repertoire selected for this group includes some of the finest orchestral masterpieces written. During their years at YPAS, students can expect to be challenged to develop themselves musically to their highest potential. As Orchestra majors, these students will take a second strings class—Chamber Strings Orchestra or String Techniques—in which more individualized instruction promotes further musical development and growth.
The Orchestra curricula exposes students to orchestral music along with a historical and structural perspective meant to broaden and deepen their understanding and appreciation of orchestral music. The knowledge and experience students gain in Orchestra should lay the foundation for a lifetime of rewarding encounters with great music, whether students choose to participate in performing groups or become enlightened listeners. The Manual Concert Orchestra typically performs twice each semester, including  the Kentucky Music Educators Association Orchestra Festival in the spring. 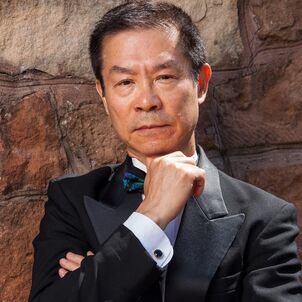 Mr. Huadong Lu grew up in Guangzhou, China. Upon gradation from the Guangzhou Conservatory of Music, he became a violinist of the Guangzhou Symphony and performed under many internationally acclaimed conductors. In 1990, he received full scholarship to attend Kent State University in Ohio, where he received Masters of Music and Masters of Arts in Teaching.
He started his teaching career in the US in the fall of 1993. Since then he has taught in public schools and youth symphonies in NE, NY, SC, and colleges (Union College in Lincoln, NE; University of North Carolina at Pembroke). His public school orchestra consistently received top rating at state performance assessments and were selected to perform at state music conventions several times in the past. He led his school orchestras and youth symphonies to perform in England and Scotland, Prague, in Europe;  Soul, South Korea, Hong Kong, Beijing, China. During each summer, he has been invited to guest conduct orchestra summer camps and to give master classes in Singapore, Hong Kong and Guangzhou, and all over China.
As a violinist, he performed with Akron Symphony, OH; Lincoln Symphony, NE; Newburgh Symphony, NY; Fayetteville Symphony, and Carolina Philharmonic, NC; Long Bay Symphony, SC. Mr. Lu is excited to join the Youth Performance Arts School teaching team and looks forward to giving all the students in the school the best learning experience! ​